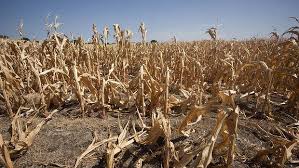 It seems that with every ominous new story of climatological catastrophe in California, the
critical importance and future of backyard gardening gets a little clearer. What was once a quaint hobby for many is now taking on far greater significance, and grabbing ever more headlines, as people across North America (indeed, the globe) are taking measure of the precarious nature of the food sources they have trusted for generations.

A little back story is in order.

California – while best known for its celebrities, smog, and setting cultural trends – has long been America’s biggest bread basket. Since the mid-1850’s, when trains made shipping produce fast and easy, California has played a very critical role in feeding us and the world. But recent negative weather phenomenon, crippling droughts that have brought on draconian water conservation rules, and increasing populations here and abroad (more mouths to feed and thus more yield needed per acre), are pushing the Golden State to the brink, and forcing many families to rethink the way they procure their edibles. Many of your neighbors are not only thinking about backyard gardening, they’re taking concrete steps now to begin growing everything that they’re used to getting at the supermarket.

Inaction – many say – will cost more than aggressively becoming your own source for edibles via backyard gardening.

A drought of unthinkable magnitude

So just how bad is the California drought that America’s most populous state has been reeling from since 2011? It is unprecedented in its scope and severity. Here’s the bottom line: California is almost bone dry. So much so that in January 2015, California Governor Jerry Brown declared a “drought State of Emergency” and directed state officials to “take all necessary actions” to prepare for acute water shortages. If conservation doesn’t have a big impact on water supplies – few think that it will – and Mother Nature doesn’t begin to cooperate by dumping apocalyptic levels of rain to refill near empty rivers, wells, aquifers, and reservoirs very soon, vegetable farmers will be faced with an almost cataclysmic lose-lose proposition… grow far less produce or water their produce far less. Beyond the obvious reduction in yield, this catastrophe could have the effect of also bankrupting both small and large farmers throughout the state.

It gets worse. According to National Geographic, California farmers are pumping irreplaceable ground water to counter the drought, and when it’s all gone, “the real crisis begins.” In sum, if you thought things were bad now, everything on the horizon appears rather bleak as well.

Hold on to your wallets

No matter how you slice it, all signs are pointing to increased scarcity, skyrocketing vegetable and fruit prices, and the quality of produce taking a nosedive compared to that purchased just a few years ago. For this, and many health related reasons, the future of backyard gardening is very bright and growing wildly in popularity with each passing day as every news report out of California purveys even more doom. What California cannot supply for the foreseeable future, in the fashion that it has for most of the past 150 years, more and more individuals and families across North America are concluding that they must begin to produce for themselves via backyard gardening.

The California drought is going to affect you sooner than later, if it hasn’t already. Bank on it. Acquiring a year-round backyard greenhouse and starting your backyard gardening plot soon (getting your gardening learning curve out of the way now) may lessen the fallout of the California drought and the impact it will surely have on your food dollar and quality of life.

The coronavirus pandemic has set off a global gardening boom. In […]